Moose Camp was established in the late 1880s as a trap line headquarters, by a French-Canadian named Ed Rioux, who also ran a few hunting trips. Herbie McNeil took over and maintained the trap line, guided hunting trips, and later fishing trips by horseback from the 100 Mile House area. The trap line is still in place today.

Three generations of families have returned to enjoy the great fishing and scenic beauty of the area. Access to Moose Camp has improved over the years, from the days where you rode in by horseback to the present time where you travel in on a gravel road. This has ensured that guests of all ages can enjoy Moose Camp.

The rich history at Camp results in quite the collection of antiques as well as an outstanding collection of stories and memories. Being at Camp has a way of taking a person back to a simpler time, a rare place where the clock seems to slow down. Resulting in endless opportunities to truly rest, relax and reconnect! 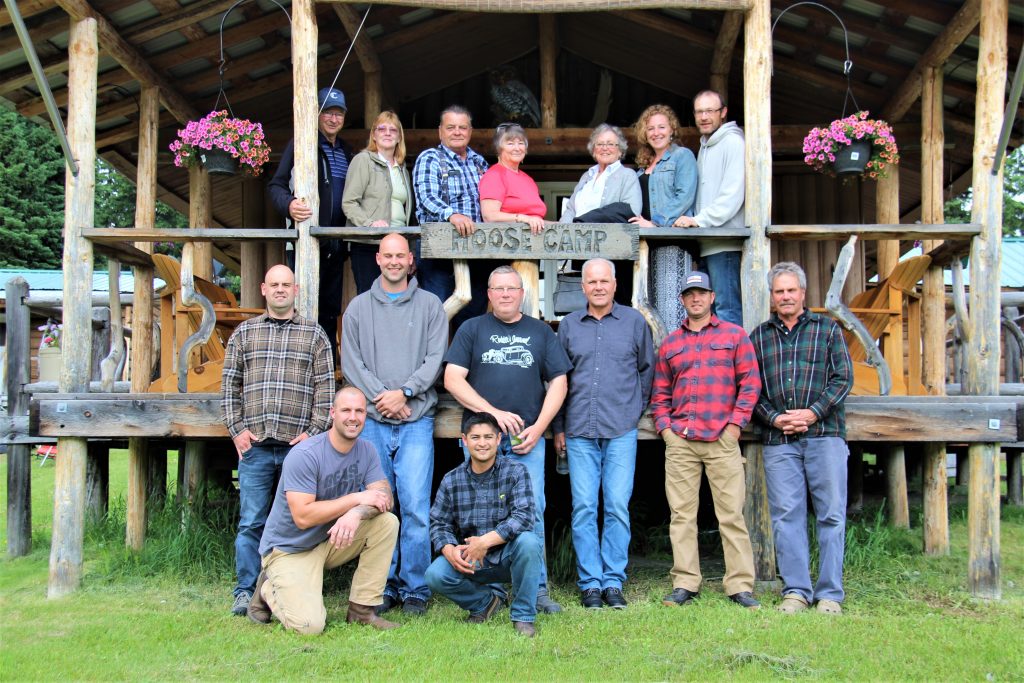 4 Generations of Moose Camp owners with the Browns on their 55th anniversary! 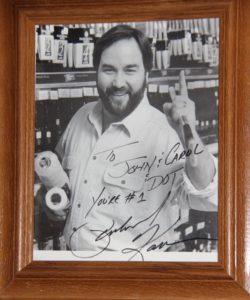 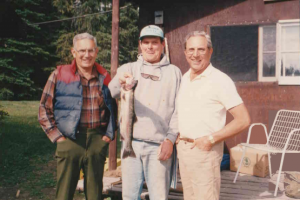 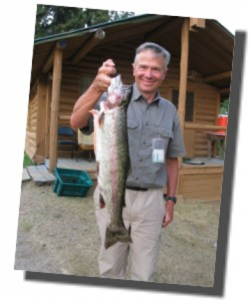 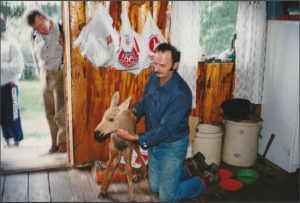 Don’t just take our word for it, check out what our guests have to say…

Some of my most memorable experiences as a fly fisherman revolved around Moose Camp in central British Columbia, Canada  It was there in 1972, I began a long-lasting romance with that spot on the planet that captured for me the ideal experience of fly fishing for trout. Situated on Lake Rioux, Moose Camp was introduced to me by the Brown Family, who had been returning there for several years.  When Moose Camp became overpopulated with Browns and Jordans, I started a new group and it grew to the extent we occupied the whole camp for two weeks every July. I returned for 30 consecutive years with the same old guard bringing relatives, sons, grandsons, rookies and guests along.  We were a mixed bag of fishermen coming together from all walks of life with the single purpose of enjoying trout fishing and connecting with nature. Many changes have taken place since I first arrived yet it still maintains its wilderness character.

Historically Moose Camp was a trapper’s loggings and the first access to this remote resort was negotiated by a 20-mile horseback ride up from the valley climbing to an elevation of 3000 ft. plus.  Later, when I arrived with the Brown family, it was by a logging route of a similar length that passed nearby Moose Camp. However, horses were still corralled behind the cabins for riding to outlying lakes, such as Sicily Italia, and Patricia. These trips, rain or shine, meant an early start with reveille at 5 a.m.  We packed our gear, inflatable rafts, a saw to clear the trail, and kicker motors.  We fished standing on log rafts propelled by long poles and the ‘kickers’. The rafts were wintered over on the lakes and repaired as needed when we arrived in summer to use them.

A lot of things changed since then, including indoor plumbing, but old traditions remained such as smoking the ‘keepers’ to take home for family and friends.  Over the decades that I fished Moose Camp, the wildlife seemed ever-present and the trout population at Rioux remained stable and gave us all the action necessary to fill our evening conversations on the porch. Stories like watching the eagle and osprey compete for trout too near the surface, or the loon that fought you for the trout you had on the line.

As a young boy, I was fortunate to have been raised in Manchester, Vermont where my father, Wesley D. Jordan was the renowned bamboo rodmaker for the Orvis Company beginning in 1939.  He brought me up with and taught me fly fishing. My life has been enriched ever since.

I knew three of the previous owners of Moose Camp; Dave Jones, Frank Novak, John and Nonie Myers and now I’ve come to know Bryan and Julie Bonnamour who are as hardworking as their predecessors who built on traditions that honour the sport and provide us with so much enjoyment.

This is my “Home Water” by Jim Freese

I have been coming to Moose Camp almost every summer for 30 years. It is my favorite place for refuge, rejuvenation, fellowship and, of course fishing.

I have done the expensive private flights and gourmet cuisine at other resorts. I frankly feel like I spent too much money there.

For a fraction of the cost, Julia and Brian, have created my favorite creature comforts: delicious home cooked meals; a sense of being part of a family; great social and personal spaces for conversation, a game of cards or a good book; and comfortable boats at the end of short walks to two lakes loaded with Kamloops rainbows. 100 fish days are possible if you like to count. Moose Camp feels remote. Besides the deer, eagles, ospreys, loons, humming birds and wildflowers, cougars have been sighted, wolves occasionally howl and I usually see at least one moose. At over 4000’ elevation the stars are spectacular!

This is my “Home Water”.

Get to Know MCFR
A Lifetime of Memories
[Best_Wordpress_Gallery id="1"]

“We would like to extend our sincerest thanks and appreciation to the following guests who have shared many of the great photos you see here.
Super big thank you to:  Brian Hampson, Jim Freese, Rick Tegeler, Matt Gardner, June Palmer, Kellen Galster & Jake Toepfer”